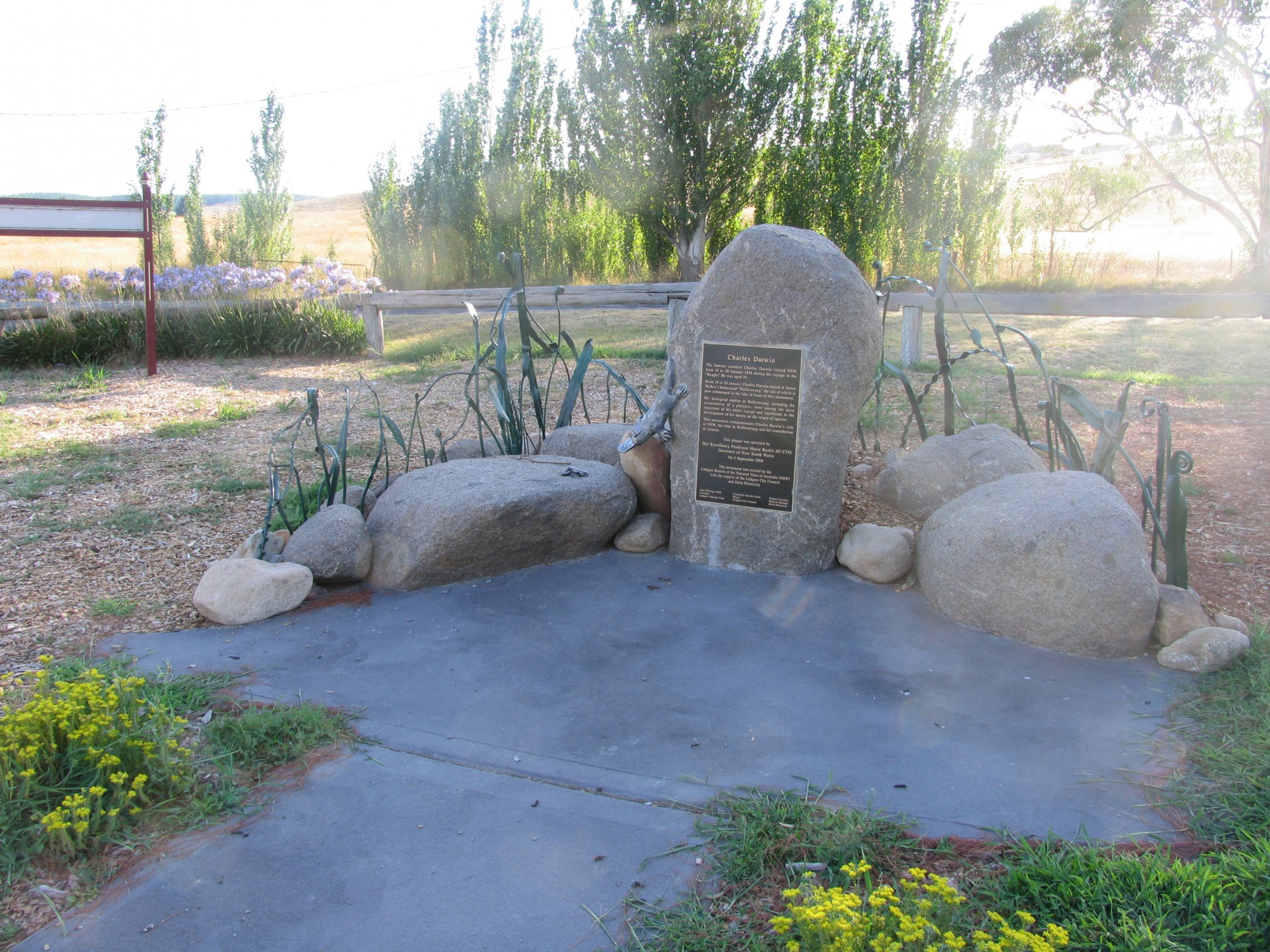 In January 1836 Charles Darwin stayed for several days at “Wallerawong” Station where he collected a platypus and investigated the geology of the Wolgan Valley. His diary entries contain the first written suggestion of his theory of evolution.

…I had been lying on a sunny bank & was reflecting on the strange character of the animals of this country compared to the rest of the World. An unbeliever in everything beyond his own reason might exclaim, “Surely two distinct Creators must have been at work; their object is the same & certainly the end in each case is complete”.

When we moved here we set up a branch of the National Trust and found other Darwin enthusiasts to organise a monument. When it was opened in 2006 the bronze plaque was almost immediately stolen by local scrap metal thieves.